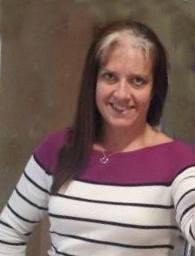 “I now have LOADS of energy and LOVE to cook for my family.” October 1, 2013Success StoriesOff

Vicki is on a journey to improving her health and energy and that of her family. About 10 months ago Vicki and her husband sought help for their daughter from the Vernon Hills, IL Brain Balance Program. As part of the program they were given customized nutritional guidelines to follow for their daughter. They were instructed to give her a whole food diet, eliminating certain foods that were a problem for their child.

Growing up, Vicki’s mother made everything from scratch and canned fresh summer produce to have on hand in the winter. She ate well, was active in sports and felt trim and healthy. While in college she continued to be very active, but the college diet was full of sugar and processed food. After college a full schedule of career and marriage meant that dinners were often the quick Mac n Cheese, chicken, pasta, rice and snacks. When the children came along she had little time to think about nutrition for herself. She laughs that she always chose healthy foods to feed her children and would say, “I should eat what I prepare for the kids!”

Without focusing attention on her own health and diet, Vicki gained unwanted weight and felt lethargic. She had a hard time waking up in the morning, didn’t feel like working out and spent all of her energy homeschooling her children. In the afternoon she would have no energy left to do anything but sit and read.

In January 2011 Vicki signed up for the Get Better Wellness class, Achieving Wellness & Weight Loss. She needed more support and information to learn how to acquire and prepare whole foods that her daughter needed to eat on the Brain Balance program, while staying within her grocery budget

The class helped Vicki learn the benefits of eating a whole food diet. By the end of the nutrition class, eight weeks later, Vicki reported having more energy and an initial weight loss of 17 pounds. During the class participants are challenged to eliminate gluten (the protein found in wheat, barley, rye and other grains) and dairy to check for hidden food sensitivities that can sometimes hinder weight loss and lead to a host of chronic health conditions. After the three week experiment, Vicki found that she was not sensitive to gluten or dairy, but her body seemed to function better without gluten in her diet.

She stopped buying pasteurized dairy and bought raw milk for her family. Amazingly, her husband, previously labeled as “lactose intolerant” found that he was able to drink raw milk because the enzyme that breaks lactose down is still present in unpasteurized raw milk.

By 8 months Vicki had lost 37 pounds. Her energy levels increased and she was able to home school the children and then get in a P90X workout, clean, cook and do laundry. A little over a year since changing her eating plan, Vicki has lost a total of 57 pounds. “I have LOADS of energy and LOVE to cook for my family. We have more choices for healthy snacks and meals and this has boosted all of our lives,” Vicki reported.

Before eating this way Vicki had restless sleep and it even was starting to feel like she had restless legs at night. Now, she sleeps soundly at least eight hours a night with no restless legs. She enjoys eating three meals a day that contain healthy whole foods but very little grains. Instead of cold boxed cereal for breakfast she gets a power boost from healthy animal protein and veggies including eggs and greens, or even chicken for breakfast. She drinks lots of water during the day and adds apple cider vinegar to her water three times a day to enhance digestion and weight loss. Raw coconut oil is another favorite food item that she has added to her eating plan.

Vicki finds that keeping a simple food diary helps keep her accountable and think through her food choices. If you are thinking about changing your diet and making improvements in your own health and energy Vicki says, “It’s worth checking into. You need to do the best thing for your body and the commitment isn’t very much when you break it down.” She found that the class provided “all the fantastic information that has actually simplified my life and helped me feel better. Thank you for starting me on this healthy eating part of my life. I can’t imagine going back.”