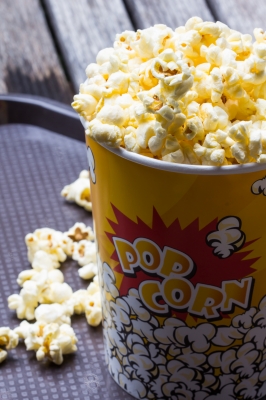 Ways “They” Are Trying to Kill Us

The Real Food Revivalist is very concerned about the food industry’s practice of incorporating chemicals into packaged food and passing it off as something that can be safely eaten.

(Wait, why am I talking in the third person like Miss Manners?)

When asked why she talks in the third person, Miss Manners replied, “You have to have some authority if you’re going to tell people something they don’t want to hear. So I distance myself and sound authoritative in order to get my point across.”  The Real Food Revivalist thinks Miss Manners is a wise woman. Did you notice the marketing spin on the former package of Parkay, “The flavor says BUTTER!” (but the ingredient list says, “I want to kill you.”). Now the package slogan says, “Fresh and Creamy Taste.”

Research out of the University of Minnesota linked the “buttery” fake food chemical Diacetyl to Alzheimer’s in 2012.  The study showed that Diacetyl promotes the formation of the beta amyloid plaques, the hallmark of the disease. The researchers found, “the troubling possibility of long-term neurological toxicity mediated by DA.”

Food chemists used Diacetyl chemical to impart “buttery” flavor to processed foods until the public cried out and lawsuits started to fly.

You may have read that microwave popcorn is linked to a serious lung disease, dubbed “popcorn lung” or bronchiolitis obliterans.

A man was eve awarded $7 million in a lawsuit against a microwave popcorn manufacturer and the grocery store where he bought the product. Wayne Watson ate 2 bags of microwave popcorn every day for 10 years before he got “popcorn lung.”

“Popcorn lung” is a potentially fatal lung disease that causes scarring in the lung.

Popcorn factory workers were the first to be diagnosed.  Hundreds became sick and some even died.

Then there were other non-factory workers who contracted this lung disease from opening a few too many bags of microwave popcorn at home or work.

Elaine Khoury worked for Blockbuster Video for five years. “Every Friday and Saturday, she would pop 30 bags of microwave popcorn in a small back room, then empty them into a popcorn machine to give the appearance that they had been freshly popped.  Last year, a lung biopsy at the Mayo Clinic confirmed that she had full-blown bronchiolitis obliterans.”

Big Food just substituted one toxic chemical for another. The government knows that the substitutes are just as dangerous or even more deadly than diacetyl. In 2010 it was reported that one substitute, called 2,3-pentanedione, caused the same tissue damage as the original fake butter chemical. This information came from Dr. Ann Hubbs, a toxicologist at National Institute for Occupational Safety and Health, or NIOSH. The institute is a branch of the U.S. Centers for Disease Control and Prevention.

New Chemicals Replacing Diacetyl are Just as Toxic and Dangerous Quick! Somebody tell the authorities!

No worries, they know. The government conducted an investigation 14 (FOURTEEN!)  years ago and said this,

“There are many different types of flavorings and most have not been tested for respiratory toxicity. The Food and Drug Administration (FDA) regulates food additives for safety when eaten, but it does not require testing by other routes of occupational exposure, such as inhalation.”

Gentle reader, The Real Food Revivalist would like you to know that it is best to hold your breath and ever so daintily pinch your nose closed so as not to expose your lungs to fake butter… or even let a morsel of fake butter touch your lips.

You, like Wayne Watson, may be popping away on a regular basis thinking you are eating a  healthy snack.

Enough to convert into 1 cup

of sugar in your bloodstream?

ConAgra is one of the Big Food bad guys. 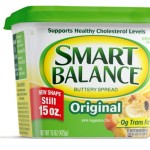 Yes, your Olive Oil Buttery Spread is Toxic too.

The ingredients often include corn oil and soybean oil and these are usually genetically modified.

The public cries out, Big Food saves the day by using non-GMO corn and soy along with their proprietary fake butter chemical.

In fact, Dr. Colin Champ, oncologist, said in my podcast that researchers wanting to induce cancer in mice will feed them corn oil.

Argh! The American Heart Association and all the “health” trade groups recommend that we eat corn oil, soybean oil and canola oil.

Did they not get the memo?

Do we need to wring our hands in worry?

The reason you are eating fake spray butter and margarine is probably because you have believed the marketing-driven food messages saying God’s food is dangerous and factory food is healthy. Take charge of your health and learn how well the body responds to real food. Toss out the antiquated food pyramid and ditch the notion that we need to base our diet on 11 servings of blood sugar-spiking breads, pasta, crackers, cereals and crackers.

Get back to eating a diet that your ancestors ate, before we had the epidemics of heart disease, obesity and diabetes.