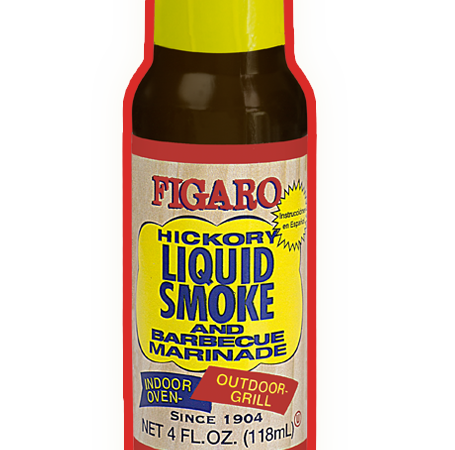 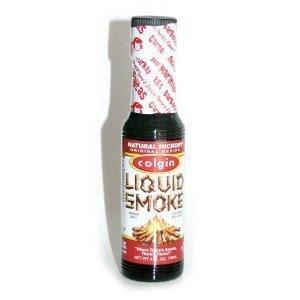 I found a recipe I wanted to use but noticed that it contained bottled liquid smoke. It is hard to get that smokey flavor when we don’t BBQ food.

Is liquid smoke safe to use?

Many products contain MSG, but not all do. Let’s assume you are using a product without MSG or other ingredients that may contain free glutamates and labeled as “natural flavor” or “artificial flavor”.

How is liquid smoke made (when it is not made with chemicals)?

This information is from the Colgin website. Their ingredients include Water, Natural Hickory Smoke Flavor, Vinegar, Molasses and Carmel Color.

From the Colgin website we read, “Colgin Liquid Smoke is … genuine wood smoke “liquefied.” The wood is placed in large retorts (1) where intense heat is applied, causing the wood to smolder (not burn). (2)

Have you ever seen meat smoked in the old-fashioned way, in a smoke house? If so, you saw drops of dark brown liquid forming on the meat. That was smoke that had condensed into liquid form. Colgin Natural Liquid Smoke is produced by burning fresh cut hickory, mesquite, apple, and pecan wood chips at extremely high temperatures and moisture levels.”

What Does the Science Tell Us?

Concentrations of PAHs in smoked foods has been found to be higher in home “wild” smoked products and smoked farm products. (Safety Analysis of Foods of Animal Origin)

This information is widely discussed in Europe:

The European Food Safety Authority (EFSA) says one of the flavorings used to give smoke flavour to meat, cheese or fish, may be toxic to humans.

BBC NEWS
The authority looked at 11 smoke flavourings commonly used in the European Union.
It says several of the flavourings are dangerously close to levels which may cause harm to humans.
The Panel says the use of the substance “at the intended levels is a safety concern”.

Safety
Klaus-Dieter Jany, the chair of EFSA’s expert panel on flavourings (CEF Panel) said: “The Panel based its conclusions on the limited data which are currently available as well as conservative – or cautious – intake estimates.

“The Panel expressed safety concerns for several smoke flavourings where intake levels could be relatively close to the levels which may cause negative health effects.

“However, this does not necessarily mean that people consuming these products will be at risk as, in order to be on the safe side, the consumption estimates deliberately over-estimate intake levels.”

A spokesperson for the Food and Drink Federation which represents smoked food manufacturers said: “We shall be working with FSA and the European Commission in the coming weeks to consider how smoke flavourings may continue to be used safely, noting EFSA’s previous statements in respect of smoke flavourings that their safety is relatively high compared to traditional smoking methods.” – BBC News

I do not see anything that convinces me that liquid smoke is completely safe to use.