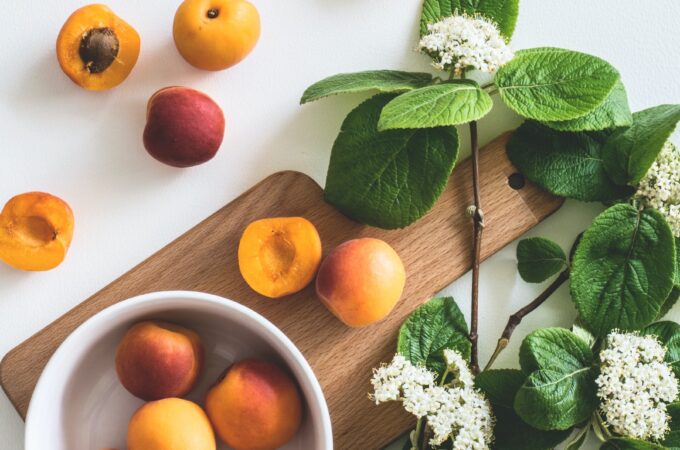 The pit of the apricot contains apricot seeds, or kernels, which are the carrier of amygdalin. Amygdalin is a naturally occurring disaccharide (two sugar molecules), benzaldehyde and hydrogen cyanid. (source) Amygdalin has erroneously also been called vitamin B17, but it is not a vitamin.

Amygdalin can be used for cancer

You probably have not heard the claim that it kills cancer cells. Perhaps you have heard of the anticancer drug Laetrile, one of the most controversial topics in modern medicine. Laetrile (a contraction of the formal name LAEvo-mandeloniTRILE-glucoside) is a compound first synthesized in the 1950s by research biochemists Krebs and Krebs. Laetrile was banned by the FDA in the 1980s. Laetrile is chemically similar to a natural substance found in certain plant foods, primarily in apricot kernels, but it is semi-synthetic. You can read an article on Green Med Info about the 1972 raid by the FDA on Dr. John Richardson’s clinic in Albany, California. He was jailed for prescribing an unapproved cancer drug called laetrile.

Amygdalin is a compound found in the kernel seeds of more than 800 plants. Apricots are one of the richest sources. The seeds of apricots (also called bitter almond), cherries, sweet cherry, peaches, plums, nectarines and apples are also rich in amygdalin. (source)

A 2019 review article published in the International Journal of Biochemistry and Pharmacology stated, “Moreover, it was noticeable that some people and isolated tribes all over the world didnʼ’t have any cancer cases, such as the Abkhazians, the Hopi and Navajo Indians, the Hunzas, the Eskimos and the Karakorum. It turned out that they had in common a diet rich in amygdalin. Consequently, many researchers and scientists all over the globe carried out various studies and clinical trials to prove its anticancer activity, and they found that amygdalin can specifically attack cancer cells without affecting other healthy cells, decrease the telomerase activity, and block the bladder cancer cell growth. On the other hand, amygdalin showed serious side effects caused by cyanide compounds liberated after amygdalin degradation.” (source)

Is the released cyanide dangerous?

Amygdalin is a natural cyanogenic glycoside (a sugar molecule that releases cyanide when it is metabolized by an enzyme in the body) occurring in the seeds of some edible plants, such as apricot kernels and peaches.

The controversy stems from the way amygdalin is metabolized (broken down by enzymes) in the body. While it is true that amygdalin releases cyanide after consuming apricot kernels, it is important to balance the promising outcomes as anticancer treatment with its potential side effects at high doses. Appropriate doses will avoid the negative consequences.

A study published in 2016 showed that amygdalin inhibits proliferation of breast cancer cells through apoptosis and inhibiting adhesions. (source)

More is not better – Avoid excessive consumption of apricot seeds

Excessive consumption of seeds may have a negative effect on the body, causing a number of adverse reactions including dizziness, headache, abdominal pain, diarrhea and vomiting. (source)

Importantly, healthy cells have rhodanese, a protein present in the mitochondria. Rhodanese is a cyanide detoxifying enzyme and helps maintain healthy mitochondrial function. (source) Healthy cells can detox cyanide while at the same time, an enzyme in cancer cells called B-glucosidase accelerates the breakdown of amygdalin into hydrogen cyanide, which can effectively kill tumor cells resulting in a significant increase in the cancer cell mortality rate. (source)

How to safely consume apricot kernels

It is best to start by consuming just one apricot kernel and watching for any negative side effects. Consume no more than one seed an hour for a total of three to eight seeds per day.

The kernels have a bitter taste but I find it to be mild and easy to consume. If you do not like the taste, you can chop up a kernel and add it to a salad or yogurt or blend into a smoothie. Apricot Power has developed a capsule product that is simply the finely ground seeds (de-oiled to make them shelf stable) and encapsulated. Many people like this option because it avoids the bitter taste but is minimally processed.

Where to find Bitter Raw Apricot Seeds or Kernels

Apricot Power apricot seeds are air dried in the pits at low heats and then shelled and packaged. No other processing has been done. These seeds will keep two years when refrigerated.

Apricot Power, the company, sources apricot seeds from multiple locations: California, Turkey (for our organic line) and South Africa. All seeds are tested to make sure they don’t have any pesticides or other chemicals as well as for the Amygdalin levels.
Apricot Power also has developed a capsule product that is simply the finely ground seeds (de-oiled to make them shelf stable) and encapsulated. Many people like this option because it avoids the bitter taste but is minimally processed.
Apricot Power has been in business for over 20 years, and the founder Charley Richardson’s father is Dr. John Richardson, whom I mentioned in my article above.