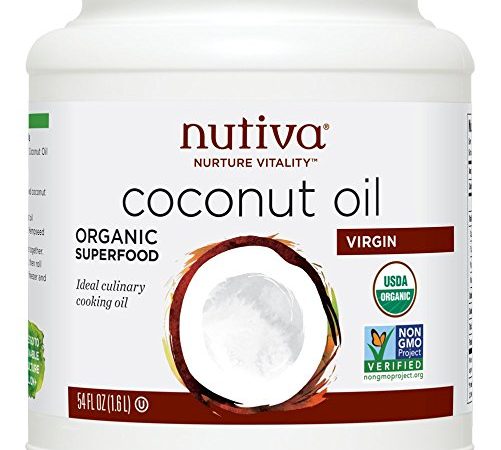 I wonder if God knows this rule, FDA?

<<In accordance with 21 CFR 101.65(d)(2), you may use the term “healthy” as an implied nutrient content claim on the label or in the labeling of a food provided that the food, among other things, is “low saturated fat” as defined in 21 CFR 101.62(c)(2) (i.e., the food has a saturated fat content of 1 g or less per Reference Amount Customarily Consumed (RACC) and no more than 15 percent of the calories are from saturated fat).>>

The FDA is going after coconut oil!

Because it contains more than a gram of saturated fat!

FDA continues to promote the myth that saturated fat is connected to heart disease.

We need saturated fat from natural sources like coconut oil.

*Our cell membranes are 50% saturated fat.

*Our brain is made of fat and cholesterol – saturated fat is key to healthy brain function.

*Our lungs need saturated fats for the surfactant (Asthma? Be sure to eat grass-fed meats, butter and coconut oil).

*Saturated fats are needed for strong healthy bones and the incorporation of calcium.

*Our heart prefers saturated fat as a fuel.

*Saturated fat helps reduce the levels of Lipoprotein A, a risk factor for heart disease (no drugs can lower Lipoprotein)

*Saturated fats are highly stable, do not turn rancid with cooking (making butter and coconut oil excellent choices for cooking)

According to the FDA, no food can be labeled “healthy” unless it has 1 g or less of saturated fat per serving.

The FDA is wrong.

Here is what the FDA does when health claims are tied to coconut oil: http://www.fda.gov/ICECI/EnforcementActions/WarningLetters/2014/ucm417246.htm 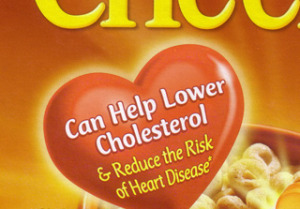 when it would actually raise cholesterol!

Eating this cereal can contribute to inflammation in the body – and arteries.

Why You NEED Saturated Fat

Cholesterol and Saturated Fat are Not the Enemy

Before leaving this complex but vital subject of fats, it is worthwhile examining the composition of vegetable oils and other animal fats in order to determine their usefulness and appropriateness in food preparation:

are semisolid at room temperature, containing about 35% saturated fat, 52% monounsaturated fat (including small amounts of antimicrobial palmitoleic acid) and about 13% polyunsaturated fat. The proportion of omega-6 to omega-3 fatty acids depends on what the birds have eaten. Duck and goose fat are quite stable and are highly prized in Europe for frying potatoes.

is about 31% saturated, 49% monounsaturated (including moderate amounts of antimicrobial palmitoleic acid) and 20% polyunsaturated, most of which is omega-6 linoleic acid, although the amount of omega-3 can be raised by feeding chickens flax or fish meal, or allowing them to range free and eat insects. Although widely used for frying in kosher kitchens, it is inferior to duck and goose fat, which were traditionally preferred to chicken fat in Jewish cooking.

is about 40% saturated, 48% monounsaturated (including small amounts of antimicrobial palmitoleic acid) and 12% polyunsaturated. Like the fat of birds, the amount of omega-6 and omega-3 fatty acids will vary in lard according to what has been fed to the pigs. In the tropics, lard may also be a source of lauric acid if the pigs have eaten coconuts. Like duck and goose fat, lard is stable and a preferred fat for frying. It was widely used in America at the turn of the century. It is a good source of vitamin D, especially in third-world countries where other animal foods are likely to be expensive. Some researchers believe that pork products should be avoided because they may contribute to cancer. Others suggest that only pork meat presents a problem and that pig fat in the form of lard is safe and healthy.

are 50-55% saturated, about 40% monounsaturated and contain small amounts of the polyunsaturates, usually less than 3%. Suet, which is the fat from the cavity of the animal, is 70-80% saturated. Suet and tallow are very stable fats and can be used for frying. Traditional cultures valued these fats for their health benefits. They are a good source of antimicrobial palmitoleic acid.

contains 75% oleic acid, the stable monounsaturated fat, along with 13% saturated fat, 10% omega-6 linoleic acid and 2% omega-3 linolenic acid. The high percentage of oleic acid makes olive oil ideal for salads and for cooking at moderate temperatures. Extra virgin olive oil is also rich in antioxidants. It should be cloudy, indicating that it has not been filtered, and have a golden yellow color, indicating that it is made from fully ripened olives. Olive oil has withstood the test of time; it is the safest vegetable oil you can use, but don’t overdo. The longer chain fatty acids found in olive oil are more likely to contribute to the buildup of body fat than the short- and medium-chain fatty acids found in butter, coconut oil or palm kernel oil.

contains 48% oleic acid, 18% saturated fat and 34% omega-6 linoleic acid. Like olive oil, peanut oil is relatively stable and, therefore, appropriate for stir-frys on occasion. But the high percentage of omega-6 presents a potential danger, so use of peanut oil should be strictly limited.

contains 42% oleic acid, 15% saturated fat, and 43% omega-6 linoleic acid. Sesame oil is similar in composition to peanut oil. It can be used for frying because it contains unique antioxidants that are not destroyed by heat. However, the high percentage of omega-6 militates against exclusive use.

all contain over 50% omega-6 and, except for soybean oil, only minimal amounts of omega-3. Safflower oil contains almost 80% omega-6. Researchers are just beginning to discover the dangers of excess omega-6 oils in the diet, whether rancid or not. Use of these oils should be strictly limited. They should never be consumed after they have been heated, as in cooking, frying or baking. High oleic safflower and sunflower oils, produced from hybrid plants, have a composition similar to olive oil, namely, high amounts of oleic acid and only small amounts of polyunsaturated fatty acids and, thus, are more stable than traditional varieties. However, it is difficult to find truly cold-pressed versions of these oils.

contains 5% saturated fat, 57% oleic acid, 23% omega-6 and 10%-15% omega-3. The newest oil on the market, canola oil was developed from the rape seed, a member of the mustard family. Rape seed is unsuited to human consumption because it contains a very-long-chain fatty acid called erucic acid, which under some circumstances is associated with fibrotic heart lesions. Canola oil was bred to contain little if any erucic acid and has drawn the attention of nutritionists because of its high oleic acid content. But there are some indications that canola oil presents dangers of its own. It has a high sulphur content and goes rancid easily. Baked goods made with canola oil develop mold very quickly. During the deodorizing process, the omega-3 fatty acids of processed canola oil are transformed into trans fatty acids, similar to those in margarine and possibly more dangerous.69 A recent study indicates that “heart healthy” canola oil actually creates a deficiency of vitamin E, a vitamin required for a healthy cardiovascular system.70 Other studies indicate that even low-erucic-acid canola oil causes heart lesions, particularly when the diet is low in saturated fat.71

Tropical Oils are more saturated than other vegetable oils.

Palm oil is about 50% saturated, with 41% oleic acid and about 9% linoleic acid.
Coconut oil is 92% saturated with over two-thirds of the saturated fat in the form of medium-chain fatty acids (often called medium-chain triglycerides). Of particular interest is lauric acid, found in large quantities in both coconut oil and in mother’s milk.

This fatty acid has strong antifungal and antimicrobial properties. Coconut oil protects tropical populations from bacteria and fungus so prevalent in their food supply; as third-world nations in tropical areas have switched to polyunsaturated vegetable oils, the incidence of intestinal disorders and immune deficiency diseases has increased dramatically. Because coconut oil contains lauric acid, it is often used in baby formulas.

These oils are extremely stable and can be kept at room temperature for many months without becoming rancid.

Highly saturated tropical oils do not contribute to heart disease but have nourished healthy populations for millennia.72

It is a shame we do not use these oils for cooking and baking—the bad rap they have received is the result of intense lobbying by the domestic vegetable oil industry.73

Red palm oil has a strong taste that most will find disagreeable—although it is used extensively throughout Africa—but clarified palm oil, which is tasteless and white in color, was formerly used as shortening and in the production of commercial French fries, while coconut oil was used in cookies, crackers and pastries.

The saturated fat scare has forced manufacturers to abandon these safe and healthy oils in favor of hydrogenated soybean, corn, canola and cottonseed oils.