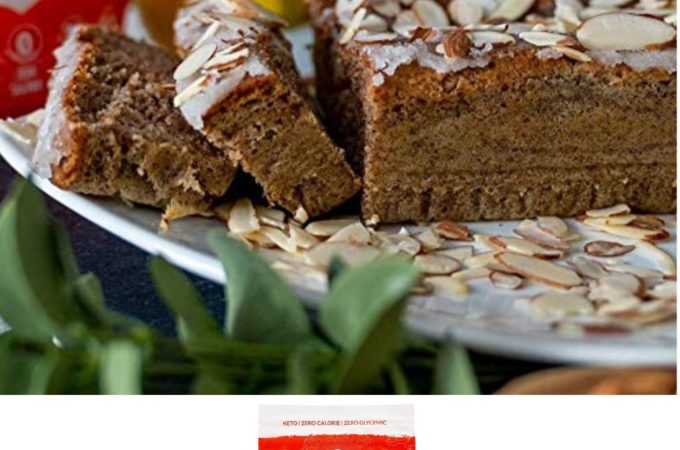 The Pros and Cons of Monk Fruit Sweetener May 5, 2022Health NewsOff

I purchased Lankato Classic Monkfruit Sweetener for the first time to make a special fudgy brownie recipe (grain-free, dairy-free). I plugged the ingredients into my Cronometer App and saw 4g carbs per teaspoon. Surprising, but is that the end of the story?

From the Lankato website we learn, “Over 1000 years ago in the remote highlands of China, a sacred fruit was discovered that was prized for its sweetness. It was thought to be the secret to longevity and earned the name, “The Immortals’ Fruit.”

“Monk fruit is a small round fruit in the gourd family, also known as Luo Han Guo, named after the Luo Han monks who discovered it. The monks were healers of people and stewards of the land. We carry on that tradition today by healing people from their sugar addictions and growing and processing monk fruit in a way that is sustainable, including having a zero-emissions processing plant.”

“Monk fruit is considered a healing herb in Eastern medicine and has been used since its discovery to treat all kinds of ailments. Because the people who farm it live so long, it is also thought to be the secret to longevity. Unlike other fruits, monk fruit’s sweetness comes from antioxidants called mogrosides.”

Donna Gates, “Lakanto looks like, tastes like and works just like sugar. Unlike most fruits, whose sweetness comes from fructose, Monk Fruit’s sweetness comes from natural mogrosides that are 300 times sweeter than sugar. Zero-calorie Lakanto Monk Fruit Sweetener is good for the waistline, and it’s also diabetic-friendly. Lakanto has been proven not to raise insulin or blood sugar.”

Crosby Tailor, Tailored Life, “Lankato is my favorite zero-glycemic, zero sweetener on the market. It tastes just like sugar without the insulin spike and with no negative side effects. Lakanto is made from a combination of monk fruit (luo han go), and non-GMO erythritol. Unlike the sugar alcohol, xylitol, I’ve found that erythritol doesn’t cause any stomach issues. This sweetener boasts zero calories and if you are really trying to avoid blood-sugar spike, it can be a perfect substitute for the normal sweeteners you might have in your cupboard, like agave, honey or coconut sugar. For those of you on high-fat low-carb diets who want to satisfy that sweet tooth, this is your answer.”

What is the Glycemic Index Number for Monk Fruit? Zero.

“Monk fruit extract is rated a zero on the glycemic index and has zero calories and zero carbs so it won’t spike blood sugar.”

Mogroside V in Monk Fruit has antioxidant and anti-inflammatory properties.

The mogrosides, speciﬁcally mogroside V, that is found in monk fruit, have been shown to have antioxidant and anti-inﬂammatory properties.

Lankato Monkfruit is grown in the pristine mountains of remote Guilin region of southern China—away from the city.

“Each fruit is pollinated, grown and harvested by hand, without pesticides, using the same traditional methods they have been using for centuries. Farmers use natural pest control, including bottle traps and netting, instead of pesticides. We support the local economy without interference, allowing family villages to exist as they have for centuries—some as long as 400 years.”

“For a sustainable tradition of ﬁeld cycling, the farmers rotate crops every ﬁve years. This has been proven to be the amount of time the soil yields the best fruit. After three years, trees are planted and grow alongside the monk fruit for the remaining two years. Then, the netting and poles for the monk fruit are removed and the trees continue to grow in to reforest the area.”

How is Monk Fruit Extract Made?

Erythritol has a glycemic index of zero—it does not spike insulin. It is a byproduct of fermenting corn. Erythritol is keto and low-carb because it is not metabolized by the body. It enters the bloodstream and is mostly excreted by the kidneys.

“Erythritol is rapidly absorbed in the upper intestine by a concentration-dependent diffusion process (Schiweck and Ziesenitz, 1996) and has no effect on plasma glucose and insulin (Ishikawa et al., 1996; Bornet et al., 1996a, 1996b).”

Will Erythritol Cause Digestive Concerns?

Keep the amount consumed below 20g, and it is unlikely to cause side effects. Many sugar alcohols cause gastrointestinal distress because they pass through the digestive tract and reach the colon where bacteria there ferment the sugar alcohol, potentially causing gas. Erythritol does not typically have that side effect when consumption is kept low. Be cautious, try a little and see how it effects you. It may cause bloating, gas and/or diarrhea.

Will Lankato Monkfruit feed Candida? No.

What are the ingredients in Lankato Monkfruit? It is a proprietary blend of the extract of the Chinese luo han guo fruit and erythritol

Lankato has 4 grams of carbs. How is that a low carb sweetener? It has zero net carbs. These carbs do not raise your blood sugar and they are not absorbed in the digestive tract to any significant degree. “There are carbohydrates in erythritol but they won’t impact your overall carb intake. That’s because sugar alcohols like erythritol aren’t absorbed by the body.

“Most people on low-carb diets focus on counting “net carbs.” Net carbs are determined by the carbs that are fully digested by your body. You can calculate them by subtracting a product’s fiber and sugar alcohols from the total carbohydrate number on the label.

There are roughly four grams of total carbs per teaspoon of erythritol but the net carb count is zero—because it’s all sugar alcohols!” ~Lankato.com