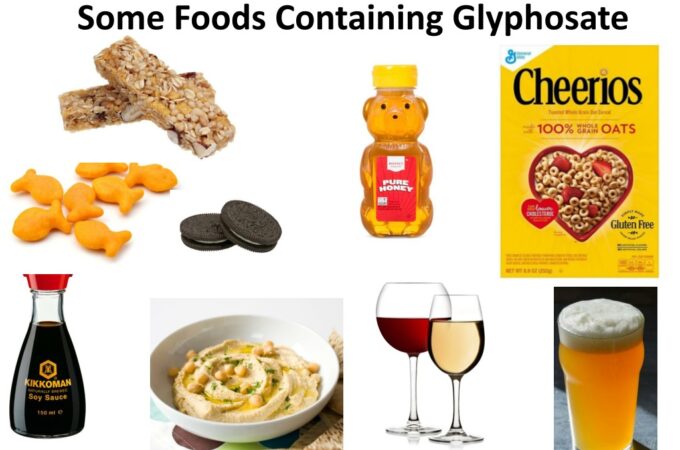 We really need to do all we can to avoid glyphosate.

Maybe you believe that you “eat clean” but that does not mean you are not contaminated with glyphosate.

You can ask your doctor to test you, (but if your doctor is conventional, they won’t even know what you are talking about!) You can order the test yourself. It is a urine test from Great Plains Lab. To Test, see Details at the end of this post.

Info from GPL: “Glyphosate is the world’s most widely produced herbicide and is the primary toxic chemical in Roundup™, as well as in many other herbicides. In addition, it is a broad-spectrum herbicide that is used in more than 700 different products from agriculture and forestry to home use.

Glyphosate was introduced in the 1970s to kill weeds by targeting the enzymes that produce the amino acids tyrosine, tryptophan, and phenylalanine.

The enzymes of many bacteria are also susceptible to inhibition by this chemical, thus altering the flora of many animals. Usage of glyphosate has since amplified, after the introduction of genetically modified (GMO) glyphosate-resistant crops that can grow well in the presence of this chemical in soil.

Recent studies have discovered glyphosate exposure to be a cause of many chronic health problems.

A recent study stated that a coherent body of evidence indicates that glyphosate could be toxic below the regulatory lowest observed adverse effect level for chronic toxic effects, and that it has teratogenic, tumorigenic and hepatorenal effects that can be explained by endocrine disruption and oxidative stress, causing metabolic alterations, depending on dose and exposure time.

The World Health Organization International Agency for Research on Cancer published a summary in March 2015 that classified glyphosate as a probable carcinogen in humans.

Studies have also indicated that glyphosate disrupts the microbiome in the intestine, causing a decrease in the ratio of beneficial to harmful bacteria.

The relationship between the microbiome of the intestine and overall human health is still unclear, but current research indicates that disruption of the microbiome could cause diseases such as metabolic disorder, diabetes, depression, autism, cardiovascular disease, and autoimmune disease.”

Photo from a presentation give by Stephanie Seneff.