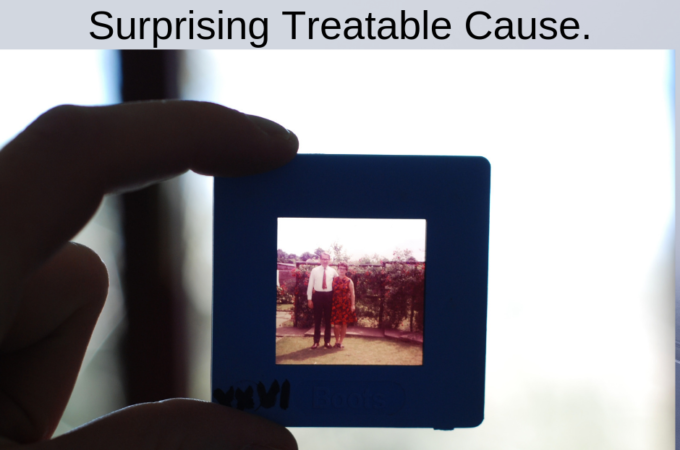 How to Reverse 30% of Early Onset Alzheimer’s and Dementia May 17, 2019Health NewsOff

Did you know that mold toxicity can cause one type of Alzheimer’s?

Symptoms of Alzheimer’s are not normal signs of aging.

It doesn’t matter how old an individual is, the following symptoms are never considered acceptable. If you or someone you love experiences symptoms of AD, you should make an appointment with your functional medicine doctor immediately.

Could it be mold?

Alzheimer’s disease is one of the most significant healthcare problems today, with a dire need for effective treatment.

Identifying subtypes of Alzheimer’s disease may aid in the development of therapeutics, and recently three different subtypes have been described:

Type 3 Alzheimer’s disease can be the result of exposure to specific biotoxins and mycotoxins (mold), and is a common manifestation of chronic inflammatory response syndrome (CIRS).

Recognizing biotoxin illness as a possible cause of cognitive decline in patients is important because it offers the opportunity for successful treatment of a large number of patients diagnosed with Alzheimer’s but typically given little to no hope of recovery.

A 52-year-old woman with a two-year history of cognitive decline.

It began with dyscalculia, trouble doing regular math and working with numbers. She dealt with stress, a job change and menopause before she experienced a cognitive decline. She had moved into a new home two years before the symptoms began.

Her symptoms were worse at home. The home was tested for mold. Sure enough the tests came back positive for Stachybotrys (toxic black mold), Penicillium, and Aspergillus, types of mold known to produce toxins that are neurotoxic. The patient was diagnosed with chronic inflammatory response syndrome (CIRS) caused by mold toxins.

Happily the patient is showing improvement with treatment for mold exposure and CIRS. While it is too early to know how much improvement this patient will experience, it was very encouraging to see modest improvement early on, which is in stark contrast to her severe decline over the previous two years.

For this man, it began with word-finding difficulties, followed by difficulties with arithmetic. He dealt with symptoms of depression for seven years prior to this cognitive decline. Described as a type A personality with a high-powered position, this patient went through a very stressful time in his career that was followed by a noticeable personality change. The type A man became passive and timid. He was diagnosed with Alzheimer’s disease.

He had spent time in foreclosed homes that had suffered water damage. Testing revealed that this man’s genetic profile (HLA-DR/DQ) was strongly associated with being hyper-sensitive to biotoxins.

His nose was swabbed and testing showed that it was colonized by MARCoNS (multiple-antibiotic-resistant coagulase-negative Staphylococcus).

The man was diagnosed with CIRS after considering his history and lab results. He was treated with the Shoemaker Protocol and within several weeks he began to show improvement in cognition.

Three years after experiencing depression and being treated with antidepressants, this man began to have confusion with turn lanes while driving, causing several near accidents.

For two years he rapidly declined despited different treatments for Alzheimer’s. His home of 19 years was tested for mold toxins and Stachybotrys, Penicillium, and Aspergillus were identified in the home by ERMI (environmental relative moldiness index) testing.

Because the man was show to have mold toxicity, mold-sensitive genetics, 17-2-52A, along with elevated TGF-β1 (transforming growth factor beta-1, associated with respiratory problems, asthma-like symptoms, tremors, and neurological problems) and cognitive decline, he was given the diagnosis of CIRS. Treatment for CIRS was the next step.

Type 3 Alzheimer’s is a result of exposure to toxins.

Type 3 represents about 10% of patients with Alzheimer’s disease, thus potentially affecting hundreds of thousands of Americans.

Considering that 5.2 million Americans are diagnosed with Alzheimer’s, there are over 500,000 people who might experience significant reversal in cognitive decline once they are properly assessed genetically and for biotoxins and given the correct treatment.

This study concluded that patients diagnosed with type 3 Alzheimer’s disease should be evaluated for CIRS (as well as other toxic exposures, such as mercury and copper) because these are treatable causes of Alzheimer’s. CIRS is not widely recognized nor understood by most physicians and it is not considered in most evaluations at neurological centers specializing in dementia.

Improvement in cognitive decline has been observed routinely in the treatment of CIRS with the Shoemaker Protocol.

This study is important for many families as it offers hope with an accurate diagnosis. Could it be mold toxicity? Yes. You don’t need to see or smell mold for it to be impacting health. One person in the family with certain genetics can exhibit many symptoms while other family members seem perfectly fine. Test, don’t guess. Find a physician who understands CIRS and mold toxicity.

How do I find a mold doctor?

Here is a list of physicians certified in the Shoemaker Protocol.

Here is a list of Toxic Mold Doctors gathered by hybridrastamama.

ISEAI is a nonprofit professional medical society that aims to raise awareness of the environmental causes of inflammatory illnesses and to support the recovery of individuals affected by these illnesses through the integration of clinical practice, education, and research.

Take a $15 Screening Test at Home

The online VCS Test is a measure of one of the neurologic functions of vision called contrast.  In order to take this test, your corrected visual acuity must be better than 20:50.

It is a ”Pass/Fail,” screening test that you do at home using your own computer.

You need to know that the computer version of the VCS test is a screening test and is not used to diagnose any condition.  If you are concerned about the possibility of a biotoxin associated illness you will need to be examined by a physician experienced in the field.

How to Order the Urine MycoTox Text