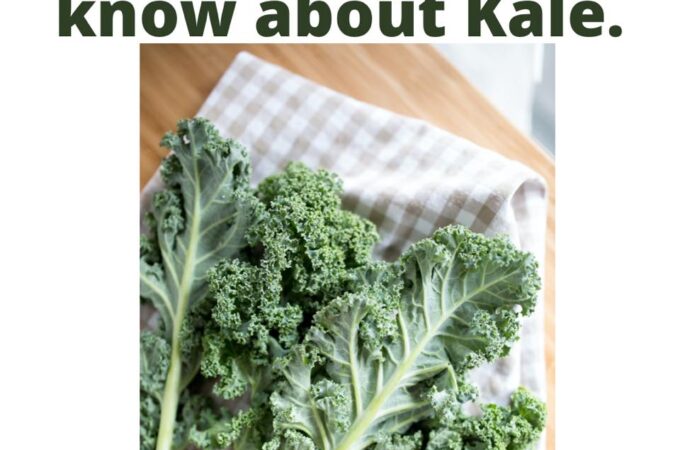 I stopped eating much kale.

Now and then I buy it, but for smoothies, I switched to using mostly Romaine.

If you have a habit of adding raw kale and spinach to smoothies, you need to know that these two vegetables can have high levels of thallium – a toxic heavy metal.

Due to Hashimoto’s thyroiditis, I knew Kale and Spinach weren’t awesome raw foods for me to consume regularly. I have advocated that people rotate greens and not eat the same thing all the time. Recently I learned of another concern regarding kale/spinach that I want to pass on to you.

Why is the problem growing?

“Current irrigation practices permit the use of fracking wastewater for irrigation of crops such as vegetables and fruit. An Environmental Working Group Report found that 95,000 acres of produce in California was irrigated with fracking wastewater brine. Analyses of surface stream water near a fracking site indicated significant Thallium contamination.”

California produce is irrigated with water contaminated with Thallium.

Here’s part of a talk given by Dr. Greg Nigh:

… there’s also this weird thing going on with kale that more and more people know about it now. Kale accumulates this heavy metal, thallium. And I kind of stumbled upon this because I had a patient come in and who had all these kind of fatigue, malaise, wasn’t really a classic kind of sulfur picture, but I was just curious what was going on. And we ran the red blood cell heavy metal and she had a huge amount of thallium in her red blood cells. Which is like, what the heck is that about? Thallium is not really on my radar as a heavy metal.So anyway, doing a little homework and lo and behold, thallium is taken up preferentially within kale. And apparently in much of that water they’re used for this… Crazy United States we use wastewater as fertilizer and agriculture, and so they spray it on fields and some of this wastewater contains high levels of thallium. And so the kale takes it up and then people eat their healthy smoothie in the morning and they cram it full of kale and that’s exactly what this patient was doing. And she had all the symptoms of thallium toxicity. So when you look that up it’s all like fatigue and all kinds of things. But beyond just a thallium issue I do think that kale is one of the more reactive sulfur foods. Because we just have people get these foods out for two weeks and then they start a reintroduction process, the isolated reintroduction thing. And it’s not at all uncommon that when people reintroduce kale they do not feel good.”

Where else do we get exposed to Thallium?

Check out the article on medium.com

Is Organic a problem too?

The organic standard does not include heavy metal testing. Pursuit of Research (dot) org wrote:

“Most have heard about arsenic risks from consumption of rice and apple juice, however, scientists have known since the 1920s that organic fertilizers used by farmers to supplement conventional systems—composted animal manure, rock phosphates, fish emulsions, guano, wood ashes, etc.—further contaminate topsoil with varying concentrations of heavy metals. Organic advocates, who rely exclusively on these fertilizers, remain well aware of the problem today, even though this appears as well to be an industry secret.”