What Happened When They Decided to Go Vegetarian (or Vegan) May 14, 2018Health NewsOff

” I decided to go vegetarian when I was 18 and vegan soon after, believing I would save the animals, the environment and my health. I thought that my low intake of saturated fat would protect me from 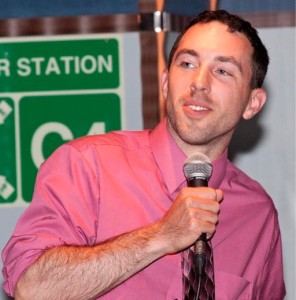 heart disease and that my low intake of animal protein and high intake of soy isoflavones would protect me from tooth decay and bone loss.

Instead, over the next two years my health took a series of blows: my digestion fell apart; fatigue set in; anxiety took hold; and tooth decay overran my entire mouth—a single visit to the dentist yielded a treatment plan that would take the following year to complete. I was a mess, and I didn’t know why.” Chris Masterjohn

Listen to the podcast Live to 100, Interview with Lierre Keith: “I was a vegan for almost 20 years. I started when I was 16 and as you might guess my health failed catastrophically. And I think the two reasons I wrote the book; one is that I really want to save the next generation of idealistic people from doing this to themselves because it’s pointless. And I also want the people who care the most about animals and about the planet to understand that a vegan diet is not the best embodiment of those values.” 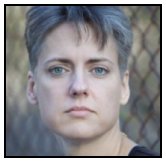 “… after about two years of being a vegan my spine started to fall apart, I have degenerative disc disease. People’s spines don’t fall apart for no reason when they’re 18. It was a complete anomaly. None of the doctors could figure out what the hell was wrong with me or why this was happening. … I stopped menstruating, which of course is very common among women who are either vegan or eat other kinds of low fat diets.

The hypoglycemia just got worse and worse and worse. I also developed an autoimmune disease. I have Hashimoto’s which was not diagnosed for years and years. …

I had that set of usual low grade stuff that a lot of vegans get; that horrible dry skin, the dry hair, the tremendous exhaustion, freezing cold all the time, I mean all of that is all part of Hashimoto’s as well but it’s sort of comes as a package. And then the terrible depression and anxiety stuff that just got worse and worse. And it wasn’t until I got out of the vegan world and started to really investigate more about nutrition that all of that fell into place. And I realized what I had done to myself and that some of that was going to be permanent. Some things did get better. I mean some of this cleared up right away but some of it I will live with forever. So, that’s just the price you pay for doing crazy idealistic things when you’re a teenager.”

Why I Stopped Being Vegan

“I am a food editor who is a former hard-core vegan. Today I may eat the worldwide gamut of food, but if you had talked to me between the ages of 19 and 22, I would have turned my nose at anything containing dairy, eggs, seafood, or meat. For two and a half years of my three-year stint as a vegan, I lived in Los Angeles, the land of celebrities, yogis, and health-conscious people in general. Every corner had a vegan restaurant and green juice joint, and there was fresh kale and berries aplenty, year-round. I felt utterly convinced that I was doing the right thing for the planet, for animals, and for my health. However, all that changed when I moved to New York City upon graduating college.” Keep reading.

Chris Kresser –  Ex-vegan is not out to convert you to a Paleo Diet. 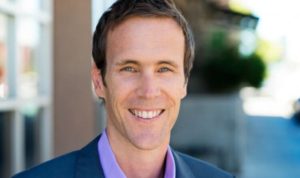 Some people can and do flourish on a vegan or vegetarian diet if it is carefully constructed and “done right” in terms of nutrients.

Listen to this podcast to learn: