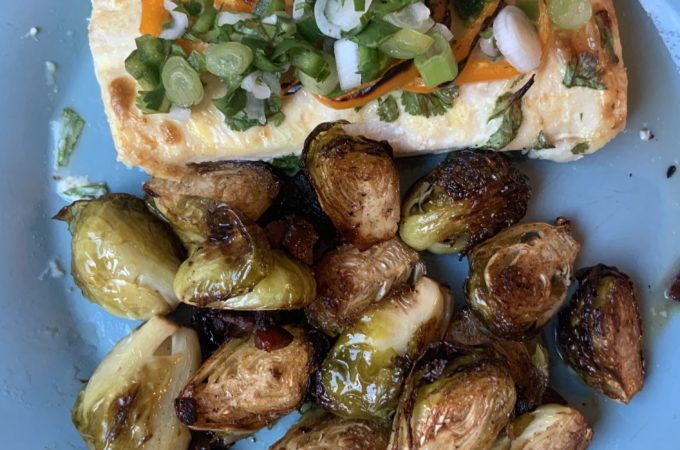 This recipe was created by my husband, Bill, who does not provide exact measurements.

The cloud is egg whites. The Mahi Mahi was dipped in egg whites before baking, and he poured 5 beaten egg whites on a baking dish and added the fish, turning it in the egg whites a few times. Salt and Pepper.

Take fish out of oven.

Top with a mixture of cilantro, green onion, jalapeño, and lime juice.