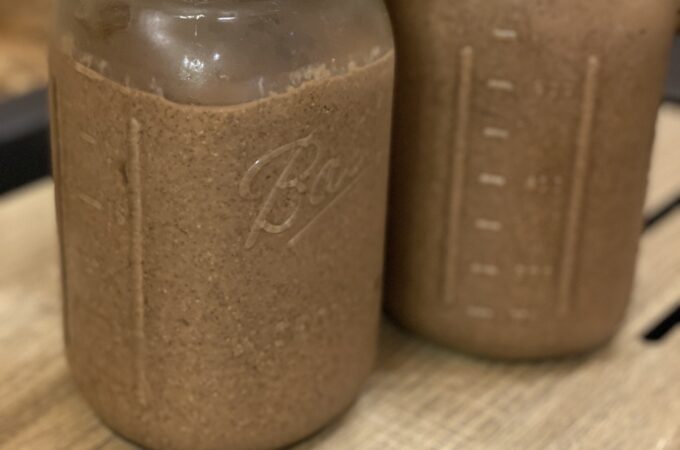 Chocolate chia pudding recipes can be scaled up to make a big batch. The pudding can be frozen or freeze dried.

I adjusted this recipe to cut the carbs from maple syrup by substituting half of the maple syrup with liquid chocolate stevia drops and Lakanto Monk Fruit Sweetener.

The ratio of chia to liquid is 1/4 cup Chia to 1 cup liquid. Chia pudding is very forgiving when it comes to the ratio of liquid to chia.

When liquid is added to chia seeds they tend to clump. Some people prefer to use a whisk when making chia pudding, but for a big batch you can also use aVitamix Blender.

Combine the nut milk, raw cacao, Monk Fruit sweetener and liquid stevia. Whisk in the chia seeds. Taste it to decide if you want to add more stevia or maple syrup. Divide into serving containers or divide into containers for freezing. Refrigerate 20 minutes or longer.